STUDY AND WORK IN JAPAN

Why study in Japan?

There are many reasons to study in Japan. The first and foremost is the cultural experience. Japan has one foot firmly rooted in East Asian culture but they also have a strong influence of Western and American culture. However on top of that you have truly unique Japanese cultures that don’t resemble anything else.

Japanese pop culture attracts loads of young people around the world. Many students learnt their first Hiragana characters while reading Japanese Manga and first got exposed to the spoken language when watching Anime. J-pop, Cosplay, and Japanese fashion all have a strong appeal as do the more traditional culture with Samurais, temples and ancient stories.

Japan is also the home of some of the world’s leading tech and car companies such as Sony, Nikon, Canon, Hitachi, Toyota, Honda, Mitsubishi, Nissan etc. Just going to the toilet in Japan can be a technological experience. At the same time Japan is also a very traditional society where job applications are written by hand and salaries often are paid in cash. Simple things that you can do online in many countries might require a personal visit to an office in Japan.

How much does it cost to study in Japan?

Schools in Japan charge a tuition fee and a number of other smaller fees. A one year course at a Japanese language school costs approximately 800000 Yen, excluding living costs such as accommodation, food and travel etc. Universities cost approximately twice as much, about 1600000 Yen per year but prices differ from school to school.

Many people think that Japan is expensive but this is not entirely true. Shopping and food are often cheaper than in Europe, not least considering the quality that you get. Student accommodation, on the other hand, can be a bit costly in Tokyo considering the size and standard that you get.

The Japanese language and language levels

Is it difficult to learn Japanese or is it easy? The answer is that it is both difficult and easy. Japanese pronunciation is rather easy. Japanese consists of 46 syllables that can only be pronounced in one way. Almost all of those syllables exist in English and other European languages so you can master the pronunciation rather quickly and people will often understand you when you read Romanized written in our alphabet. Japanese also use thousands of English loan words, gairaigo, that has been adapted to Japanese pronunciation. Once you master this you will have immediately have access to a huge vocabulary.

At Japanese language schools you can study Japanese from beginner level to advanced level. However many schools ask that beginners have at least a passive knowledge of Hiragana and Katakana when you start a long term course in Japan. You can learn those on your own by for example memorizing one character per day. Here are some resources for learning Hiragana and Katakana on your own.

Student visa to study in Japan

If you want to study in Japan for a longer period of time you will need to apply for a student visa. This procedure starts with applying to and becoming accepted by a school in Japan including sending the school a number of visa related documents. You will need to apply to your school approximately 6 months before the course starts. Then they will send you a Coe, Certificate of Eligibility, about 1 month before your course starts. With this document you can do the final visa application at the Japanese Embassy in your home country.

Work in Japan as a student

Students that have obtained work permission are allowed to work part time in Japan. Then you can work 28 hours per week on school weeks and 40 hours per week during semester breaks. Students are not allowed to take any jobs related to night clubs or adult entertainment. This even includes being a DJ or working as a dishwasher in a night club.

The work permit is a sticker in your passport. To obtain it you must be in Japan on a student visa. The easiest way to get the permit is to apply directly at the immigrations in the airport when you first arrive in Japan. Then you can get it immediately.

Scholarships for studying in Japan

We have a language school partner in Tokyo that offers 50% scholarships on the tuition fee for American students. We also have several partners who offers discounts for other nationalities up to 90000 yen off the official price. Fill out an information request to get the scholarships.

The standard for student housing is simple in Japan. Rooms are small and insulation is poor. You will depend on your AC for heat in the winter and cooling in the summer.

Most students stay in either host families, share houses or apartments. We can help you to find accommodation in Japan at discounted prices.

Benefits of Studying in Japan

Learning Japanese while earning a degree

I feel that this is one of the best benefits you can get. In most Indian schools, the opportunity to learn a new language is very less, let alone Japanese. Students who wish to remain in Japan and work after graduation may enjoy a significant advantage over language majors.

Japan is a safe, peaceful place to study

Unlike Indian Universities, often situated in the heart of cities and bombarded with sounds of car honks and slow moving traffic, Japanese Universities are relatively more serene and safe. You don’t have to worry about the book you left under your desk or if it is safe to return home after the sun sets.

Study abroad is an impressive part of any resume. Employers value the skills you learn as an international student. As well as the personal growth you will undergo studying in a Japanese University will help improve your international awareness and employment opportunities. Internationally aware employees are in strong demand, and many companies actively recruit students with overseas learning experience – especially if they are able to speak a second language.

Tuition fees are comparatively cheap in Japan. While an “in state” student in the US may spend $10,000 a year or more on tuition, with “out of state” and international fees being several times higher, tuition fees at Japanese public universities are a mere 535,800 yen (approximately $5,500) a year. Furthermore, a wide range of scholarships are available, both from a university, and from public and private organisations. You can also check out The University of Tokyo, PEAK – Programs in English at Komaba for an in-depth explanation about the fees and scholarship structure at Japan’s top university, University of Tokyo.

Please give it a go, the kind of exposure you get in a Japanese University is impeccable! 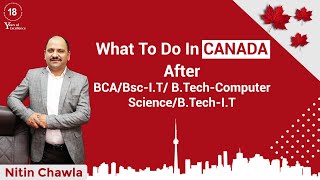 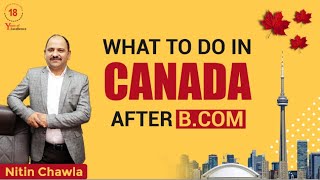 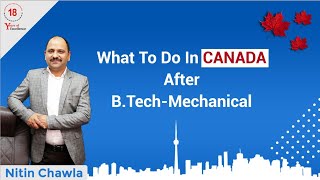 CANADA CAREER COUNSELLING
Study Abroad
Our Associated Colleges
About Us
With a number of professionally managed associate companies and divisions, every client receives here one-window solution to every concern.
Copyright Your Business LLC. 2021 - All Rights Reserved
Back To Top
×